Short description
The windmill from the village of Bolshaya Shalga (Kargopolsky district, Arhangelsk region) was built around the 19th century, was transported to the museum of wooden architecture "Malye Korely" (Arhangelsk region) in 1972. Postbased mill with six sails and one pair of millstones. Log construction. Unique details: detachable stone nut. Was used as a flour mill (flour), a crushing mill (grain). 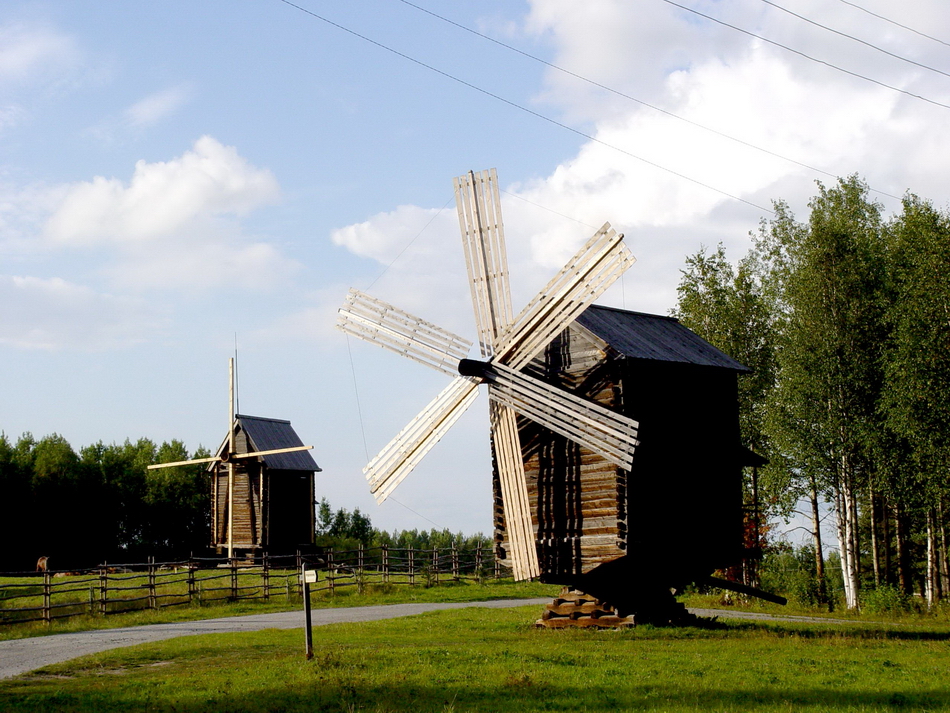 Out of seven rams there has been only one historical ram preserved. It has a few hoppers, a crushing bank, though, hardly an original one. The sails are not original either. The mill needs functional restoration.