Short description
Deryagin's windmill from the village of Kimzha (Mezen district, Arhangelsk region) was built in 1897, is located on a historical site. Inverted postbased mill with four sails and one pair of millstones. Log construction. Was used as a flour mill (flour). 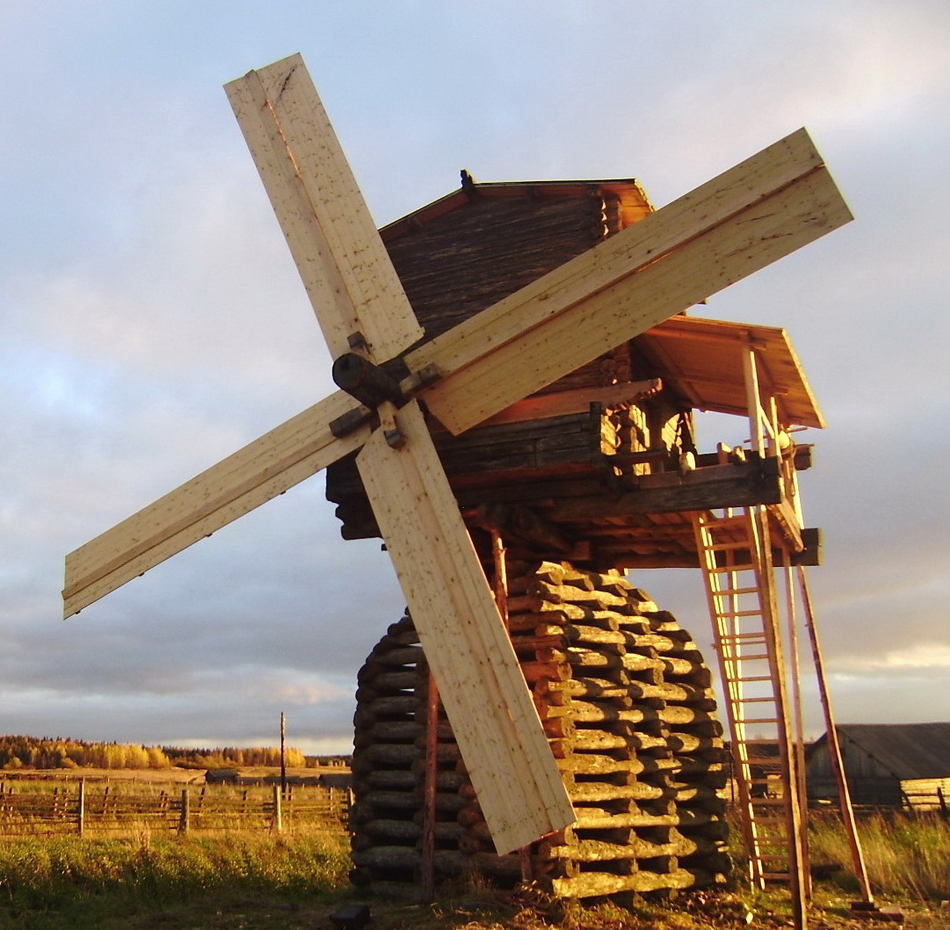 The mechanism has been completely functionally restored. It has been restored so accurately that in the fall of 2015, during a violent wind, it broke off the brake and started itself. After that the balance went off, so, at the moment the windmill does not operate, though it has all chances to become the first operating windmill in Russia on a historical site.

The mill's trestle is a high rectangular ryazha (crib), the brake is a split pine board, which bends around the brake wheel, and there is a single tailpole. The mill has been restored as accurately as possible: a ladder on special hooks (kuritsi in Russian) without a single nail, a roof with hand-forged nails, and the hand-made wood carvings. The angle of inclination of the sails was calculated using the only remaining transverse crossbar of the only remaining sail of the mill in Pogorelts. The stone, used as the bearing under the windshaft of the mill, was taken from another collapsed mill in Pogorelets.

The mill was built in 1897, which is inscribed on its central post, but the brake wheel was taken from an older windmill and dates back to 1868. The mill is the only one preserved from a dozen existing Kimzha windmills. It is a part of the complex of Mezen mills consisting of five historical mills standing on the mill hills of the 19th century.

Like the mill from the village of Kalgachikha, the mill in Kimzha was functionally restored by the Archangelsk team, led by Alexander Nikonovich Davydov.