Short description
The windmill from the village of Ladoshchino (Shimsky district, Novgorod region) was built around 1920-s, was transported to the museum of wooden architecture "Vitoslavlitsy" (Novgorod region) in 1971. Smock mill with automatic sack hoist, four sails and one pair of millstones. Shingled Log construction. Unique details: wallower is a conical spur wheel. Was used as a flour mill (flour). 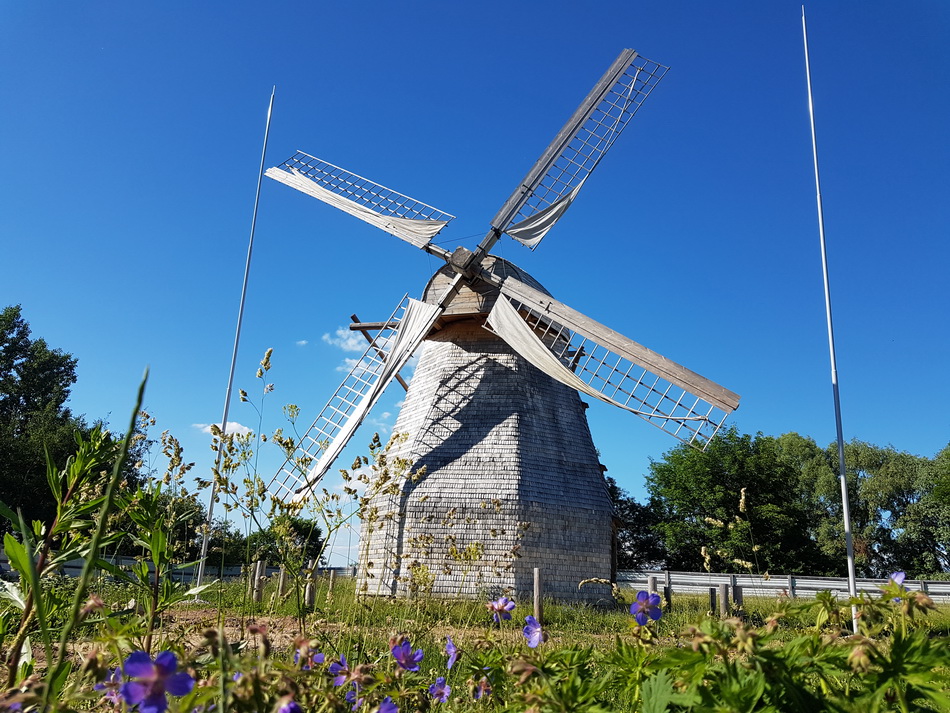 An excellent description of the mill is here.

According to some recollections, the project of the mill from Ladoschino before the restoration had no shingles and had six sails, instead of four. However, the historical truth is not exactly clear.

A few words about the district: in 1973 Shimsky district separated from Soletsky district, and this where the village Ladoshchino now have to be looked for.

The windmill from Ladoschino was a basis for a new replica in Sakha-Yakutia republic Sottinci museum, photos are here (in the middle). Unfortunately those windmill doesn't exist anymore.