Windmill from the village of Tolvuya (museum «Kizhi»)

Short description
Konkov's windmill from the village of Tolvuya (Medvezhegorsk district, Republic of Karelia) was built in 1928, was transported to the museum of wooden architecture "Kizhi" (Republic of Karelia) in 1976. Smock mill with four sails and one pair of millstones. Shingled Frame. Unique details: wallower is a spur wheel. Was used as a flour mill (flour). 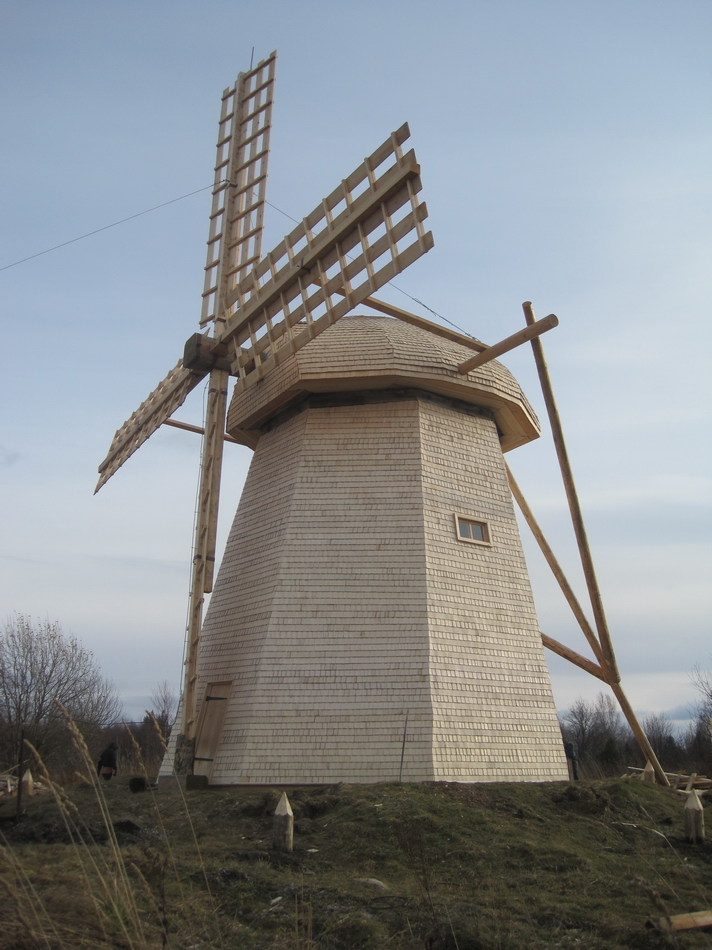 One out of three windmills whose architecture was influenced by Estonian windmills. The other two are in Novgorod region: the mill from the village of Zaval and the mill from Ladoshchino in Vitoslavlitsy. These three windmills are the only windmills which are shingled, have specific round shaped cap and have a spur wheel as a wallower (instead of cage gear in other windmills). Unlike other two mills, windshaft here is not inclined thus wallower is not conical. Besides that there is no automatic sack hoist here.

The main page about the mill on the site about Kizhi is here.
Good report about the windmill is here.